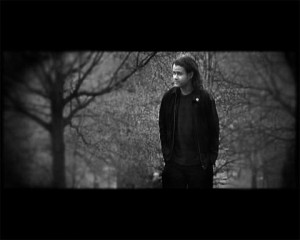 This monologue started its life at a tryout spot at the infamous Downstairs at the Kings Head, in Crouch End. I had never been so nervous and it’s probably no coincidence that despite a successful night it was, to date, the last time I’ve ever performed live. There was some pretty ropey stand-up preceding me which didn’t help my nerves. I think it went well but don’t remember much. My friends were very supportive and assured me it went okay. And I like to think I did a good job warming the audience up for the next act – Nina Conti and her little monkey!

In this version, Sean Cook is excellent playing BJ Weedling, whilst I hide behind the camera for the first time as director. Sean and I had been discussing how long a pause you could get away with in a piece. The idea became one of the additions we made to the original, as was the appearance of a Nomad.

A picture of BJ Weedling with the phrase “Have you seen this man?” makes a brief cameo appearance in A Life of Brian, when Eve is surfing the “Friends Again” website at the start of the film. There is also a brief reference to him in the Spooks spoof in Episode 5 of Insomnia. A sequel to “Friends Again?” called “Friends Remain”, in which BJ Weedling spots and starts to stalk someone who looks like his dead wife, was written but never made.

Made a new BBC ident - not sure they’d use it.

In Blackpool to do yet more production photography

Fun morning reacquainting myself with this old fri

Nice to notice some familiar names on Blackpool’

Spent today doing Automation entirely on my own in

Check out the Twilight Ballrooms Movie Diary at ww

Be most impressed by my home made focus card on a

Colours sounds and shapes. Music by me.

Back in the day this would have taken all morning

A demonstration on the wonders of stabilising foot

My own attempt at the opening credits. Original mu

My first co-production with my (7 year old) son.

Messing about with 3D buildings. Music by me. #ele

@abbots.langley.players were having a props sale a

I was experimenting with VC Metro pack and wanted

Buster Cristo in a pub called The Severed Arms in

This website uses cookies to improve your experience while you navigate through the website. Out of these, the cookies that are categorized as necessary are stored on your browser as they are essential for the working of basic functionalities of the website. We also use third-party cookies that help us analyze and understand how you use this website. These cookies will be stored in your browser only with your consent. You also have the option to opt-out of these cookies. But opting out of some of these cookies may affect your browsing experience.
Necessary Always Enabled
Necessary cookies are absolutely essential for the website to function properly. These cookies ensure basic functionalities and security features of the website, anonymously.
Functional
Functional cookies help to perform certain functionalities like sharing the content of the website on social media platforms, collect feedbacks, and other third-party features.
Performance
Performance cookies are used to understand and analyze the key performance indexes of the website which helps in delivering a better user experience for the visitors.
Analytics
Analytical cookies are used to understand how visitors interact with the website. These cookies help provide information on metrics the number of visitors, bounce rate, traffic source, etc.
Advertisement
Advertisement cookies are used to provide visitors with relevant ads and marketing campaigns. These cookies track visitors across websites and collect information to provide customized ads.
Others
Other uncategorized cookies are those that are being analyzed and have not been classified into a category as yet.
SAVE & ACCEPT