Well, the Twilight script has now completed it’s first draft and is being re-written and tweaked as we speak. Am now exploring the feasibility of various things I would like to achieve in the film and that may take several months. I feel it is vital to tackle however – it will determine not only what I can achieve in the film but may very well determine the whole look and feel of the film.

My plans are to take the computer graphics a step further and make my set from them. It is after all much cheaper than building a set, and you can be more adventurous too as you’re not limited to space and budget. My first efforts in that direction this past fortnight has been drawing the local pub where some of the films scenes take place.

And here is the first draft…no doubt it’ll change a lot down the line. 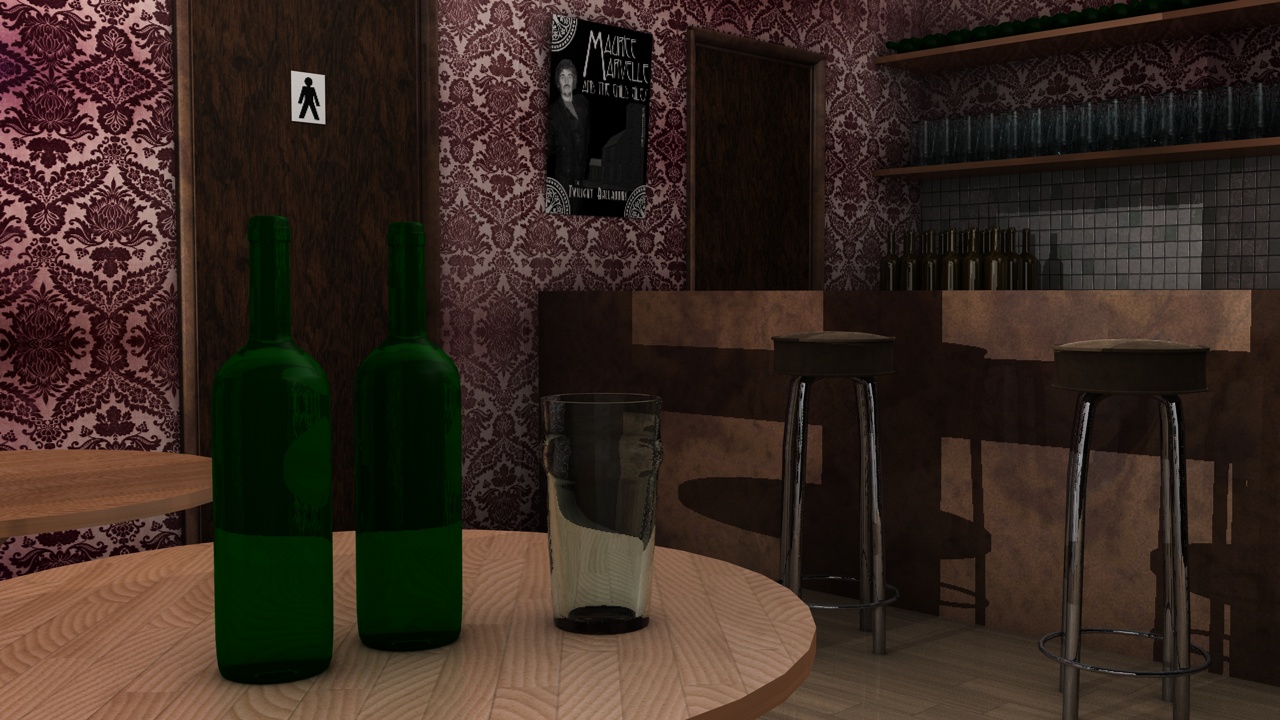 You can see already that the whole thing isn’t going to look naturalistic, there is inevitably a drawn theme to it. But that’s no bad thing. My thoughts are for doing a similar thing to the characters.

The difficulty will be getting the actors inserted into the set. Will post my tests on this blog later no doubt.  Also, graphics like this takes a while to render (so have had to order more RAM – which may take 2 months to arrive, no thanks to Apple) And there is so much more I have to learn about rendering with decent light (Global Illumination, Caustics and Ambient Occlusion to name just a few) Oh, so much to do! I’m in Geek heaven again!